Another Hotter’N Hell Hundred went as fast as it came this year. After vigorous planning and training, the short lived event held a particularly special place for Work Services Corporation. As usual, WSC sponsored rest stop #3 on East Front Avenue in Electra, roughly 30 miles from the starting line. This rest stop has been very successful the past few years, bringing out many volunteers, and overflowing with fatigued riders seeking fuel and refreshments. For many riders, the first couple rest stops are skipped, but once at the 30 mile mark, refueling is wise, and sometimes essential.
However, this year WSC didn’t just supply the riders with fuel and cheer them on as they went by; we joined them in the race. With a new CEO at the helm, restructuring, and a new headquarters, 2016 has been an eventful year for WSC. So what better time than now to strap on a helmet and join in on Wichita Falls’ largest event, and the largest sanctioned century bicycle ride in the country?
With the help from sponsors, WSC was able to fully prepare for the ride. Endurance House provided bike assembly and maintenance, Gilmore Collision Center provided paint, and Crane West designed team jerseys. With everything in line, Toogood recruited five employees to join the very first WSC Hotter’N Hell team and begin training.
The goal was to ride 75 miles in 5 ½ hours. Nathan Thomas kicked off the ride as the first team member to join Toogod and knocked out the first 10 miles. After a late start, Nathan helped power through and not only catch up but pass about 50 other riders. Deirdre Wilson jumped on next at the first rest stop, pedaling 20 miles to the WSC rest stop, while reaching what would be the top speed of the ride at 31.8 MPH. Thirty miles down, 45 to go. Michael Ventura joined in next on the most challenging leg of the ride, going uphill and into the wind. Nevertheless, Michael and David powered through another 10 miles until Brandon Barr joined in at the 40 mile mark. An experienced rider, Brandon helped Toogood power through the next 20 miles, leading a group of 12 other riders who tucked in behind to draft off their lead. With 15 miles left, David Thompson joined in and pushed to finish the ride early setting the fastest average pace for the ride. The team raced through Sheppard Air Force Base topping out at 26 MPH and passed about 200 other riders along the way. After turning onto Missle Rd. a chain malfunction occurred causing a 10 minute road-side repair. After getting back on the road, Toogood and Thompson powered through the last leg, crossing the finish line at 4 ½ hours into the ride. An hour faster than anticipated!
However, finishing the ride is only the start for WSC. Toogood hopes to make riding in the 13,000 + participant ride a tradition, with hopes of adding more riders each year. The ride, he hopes, will advocate for people with disabilities, to represent what can be done, instead of what can’t. The team bike used will be showcased in the lobby of WSC’s newest headquarters on Hatton Rd. along with a collage of this year’s ride, team, and rest stop. 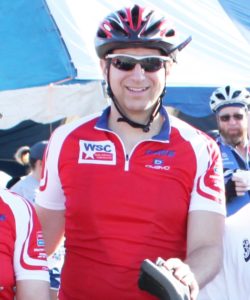 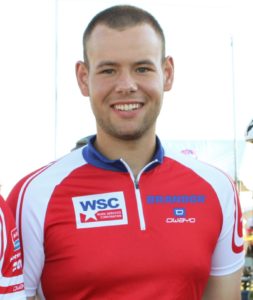 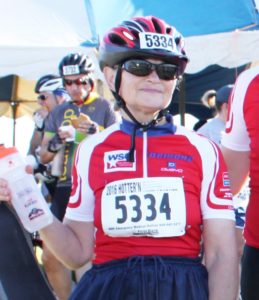 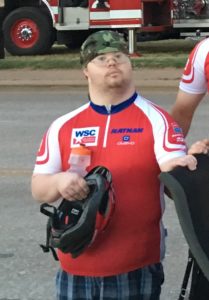 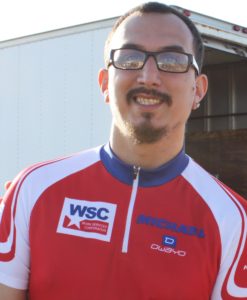 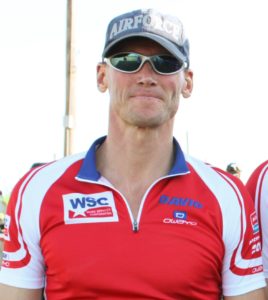