Sodexo Corporation has a program called “Stop Hunger”, where they give out donations to those in need. This year the Sodexo General Manager at Dyess AFB chose the Salvation Army to feed for the Easter period and asked for volunteers. WSC organized the food and went to the Salvation Army to cook and serve. The people at the Salvation Army enjoyed the meal and were happy that others were thinking about them during the holiday weekend.

WSC also collected food stuff donations which at the end of the week will be taken to a shelter home. 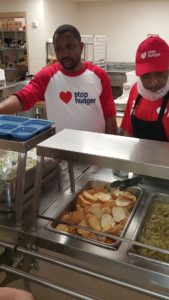 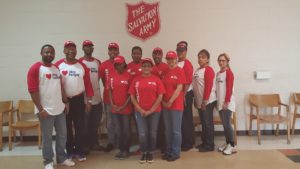